We provide tuition to students aspiring to a career in music performance or music education. We welcome adult learners interested in learning an instrument at their leisure or as a hobby without the pressure of external examination.

We also offer short courses in Music Theory for Grades 1-5 throughout the year which prepare you for external examination for ABRSM, LCM and TCL

Our group tuition classes takes place on Fridays and Saturdays at Blossom Street Primary School. Instrumental tuition is conducted in the comfort of your own home, saving you travel time and inconvenience.

Events can be chaotic when dealing with multiple service providers. We have a comprehensive list of trusted service providers. Use our Commissioner of Oaths, Florists, Catering & Decor, Photographers & Videographers making your event complete and totally awesome.

CP Music (Pty) Ltd is the brain child of Countertenor, Violist, Violin Pedagogue, Andragogue & Music Theory Specialist Educator Charl Paulse who's an established teacher from the Cape Flats, expanding to the rest of the Peninsula since 2007. His students include a diverse group of children, teenagers, adults and senior citizens. Setting off on his journey and establishing CP Music on the 24 November 2011, many awards and accolades came his way. He mentions his inspirational grandmother Ms. Agnes Paulse (Voice) and mentors Mr. Gregory Petersen (Voice) from Blossom Street Primary, Ms. May Abrahamse (Voice) from the Eoan Cultural Group, Mr. Kevin Dunbar (Viola performance), Prof. Jurgen Schwietering (Viola performance & LTCL Instrumental Teaching) and Prof. Martin Watt (Music Theory & Analysis) from the South African College of Music with great appreciation for their time, philosophical teaching and priceless mentoring invested in him.

He developed long-standing relationships with many musicians around the Cape who frequently perform in leading venues around the Western Cape. Besides performing in ensembles under his management, he is also a regular musician with Con Spirito Music Society and the New Apostolic Church Cape Town Orchestra.

As an active member of the community and contributing to the arts, Charl has been a Violist and mentor for the New Apostolic Church Cape Town Orchestra since 2002. In 2014, He started a Recorder Consort Project alongside SACM Alumna Lucinda Abels and prepared students for external examination. The class average was an outstanding 88% in 2016. A primary school child achieved the High Scoring Honour from ABRSM and the team promoted the young learner to study the Silver Flute under the tutelage of Mrs. Abels and assisted the candidate with a full scholarship for tuition in 2017. As a gift to the beneficiaries he offered a course in ABRSM Grade 1 Music Theory. Students achieved a class average of 82% in March 2017.

As a tutor Charl produces a class average benchmarking at 80% Merited pass in performance and recital exams including 79% for Music Theory since 2011. He stepped up his game and assisted students in achieving High Scorer & Young Performer's awards from ABRSM and TCL in Recorder and Viola Performance. Class average for Practical exam entries increased to 86.1% and 83% for Theory. He took a position in the beginning of term 3 at Edgemead High School and here learners excelled overnight.

He recorded with leading contemporary artists around the Cape such as the Adams brothers as Violinist and Violist. Charl also appeared as a featured violinist in an International advertisement for Hunters Dry along with leading chamber musicians from the Cape Philharmonic Orchestra.

Apart from servicing clients as far as Noordhoek, Gordans Bay, Milnerton, Camps Bay and Durbanville, Charl is also completing 3 Licentiate Diplomas with Trinity College of Music in Viola Performance, Violin Pedagogy & Andragogy and a Licentiate in Music Theory by the end of 2018. CP Music will start 3 new community projects at Blossom Street Primary School, Mfuleni and another primary school in Eerste River apart from the beneficiaries at the NAC in Silvertown. 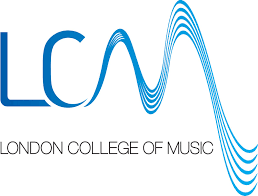